The Muslim community of Palm Beach County (MCPBC) has been a part of the Palm Beach community since mid 1980’s. Our Mosque had very humble beginnings. The population of Palm Beach County at that time was very small, more so with regards to the Muslims living in the area at that time. Approximately, 30 Muslim families used to live in the area, and the need was felt to have a place of worship. A place where Muslims could worship, get together as well as provide a solid foundation and background for their children’s upbringing in the Islamic tradition and faith.

Four years prior to the purchase of a small house at Purdy lane during 1989, Muslims at West Palm Beach used to get together for regular prayers and Jumu’ah prayer at various homes. Since the Muslim population was growing, a handful of brothers decided to get together and took the initiative to build an established mosque to worship Allah (swt). As part of this first step our Organization “Muslim Community of Palm Beach County,Inc” (MCPBC) was incorporated with the state of Florida on April 2nd 1985.

On 13th of January, 1989 the small Muslim community in palm beach county were successful in procuring a small house on Purdy Lane , West Palm Beach. Enormous amount of effort were made by very dedicated brothers, to the extent, that a handful of brothers actually put up the deeds of their homes in order to secure money to pay off the house which was the very beginning of our beautiful Mosque and also an essential part of our great community for years to follow. This was the starting for the Muslim Community of Palm Beach County.

The house, before it was bought, used to be an abandoned house with a scantily populated neighborhood. The house at that time could accommodate about 200 brothers and initially there were no collective prayers taking place. People used to come and pray individually. The first prayer to be established was the Fajr Prayer and a handful of brothers used to come and pray. As the community grew, the number of attendees grew and later on the rest of the prayers was established. Since the house at the time could accommodate only about 200 people, it was too small to occupy the large volume of individuals especially on the more special congregations such as Eid. For that purpose Our Eid prayers used to be held at Dreher Park , West Palm Beach where few hundred individuals gathered to pray while having the chance to come together.

There was always a dream and vision to have a fully functional edifice, where we would be able to accommodate the increasing number of attendees. Therefore, acting upon that vision and hope, steps were taken by the very dedicated brothers to build our current beautiful mosque. On Tuesday, February 28th, 1995 work started upon this vision and the ground-breaking ceremony was commenced which was a moment of immense joy and happiness for all the brothers and sisters. This was a very momentous occasion in our history and this was also reflected about in our feature in the Palm Beach Post.

The construction upon our new building took approximately about 18 months and thereafter on Aug 2nd, 1996 the vision was fulfilled. It was once again a time filled with unspeakable emotions and was featured in the Palm Beach Post. 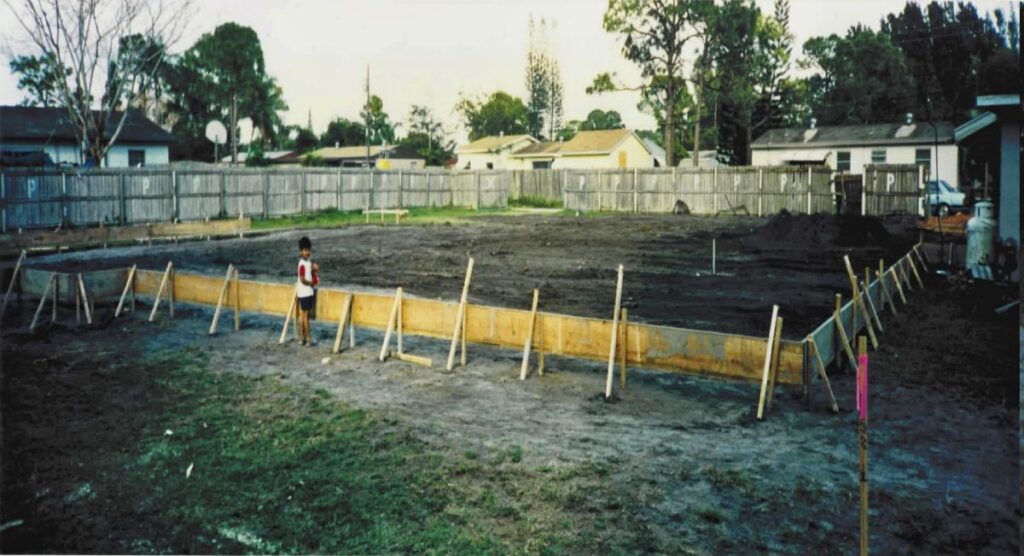 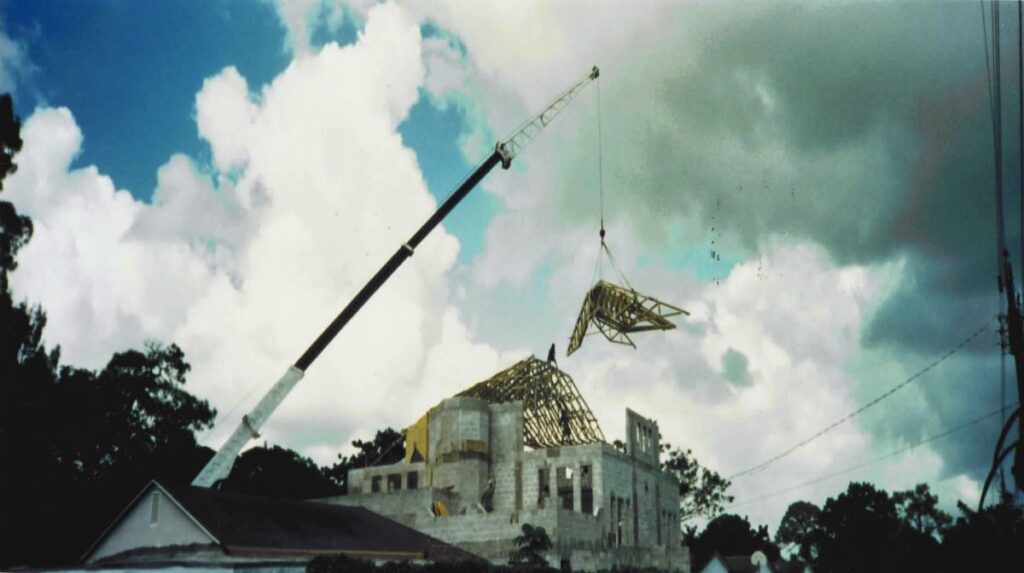 The mosque building was built to facilitate approximately 420 brothers and 200 sisters and has the full facilities of bathrooms, parking lots, classrooms, office space, as well as a conference room. Currently these are the facilities of our Mosque, and as it is a known fact that the population is increasing on a daily basis not only in our community but rather throughout the world, part of our vision remains unfulfilled which is not only to have a beautiful and larger place where we can worship Allah The Almighty. 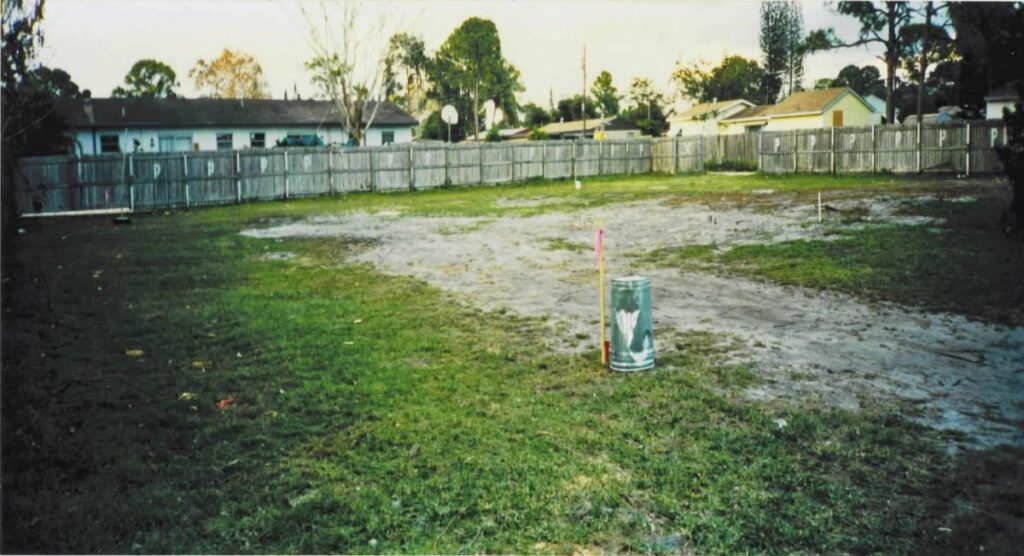 Alhamdulilah, ( Al-ḥamdu lillāh is an Arabic phrase meaning “All Praise and Thanks to God”) when the new mosque was established, the neighborhood topography changed for the better and many new homes and developments started coming up much to the praise of our neighbor’s . As a result of that, Alhamdulillah we still have a great relationship with all our neighbors and we strive hard to work together with our neighbors to peacefully coexist for the betterment of all. 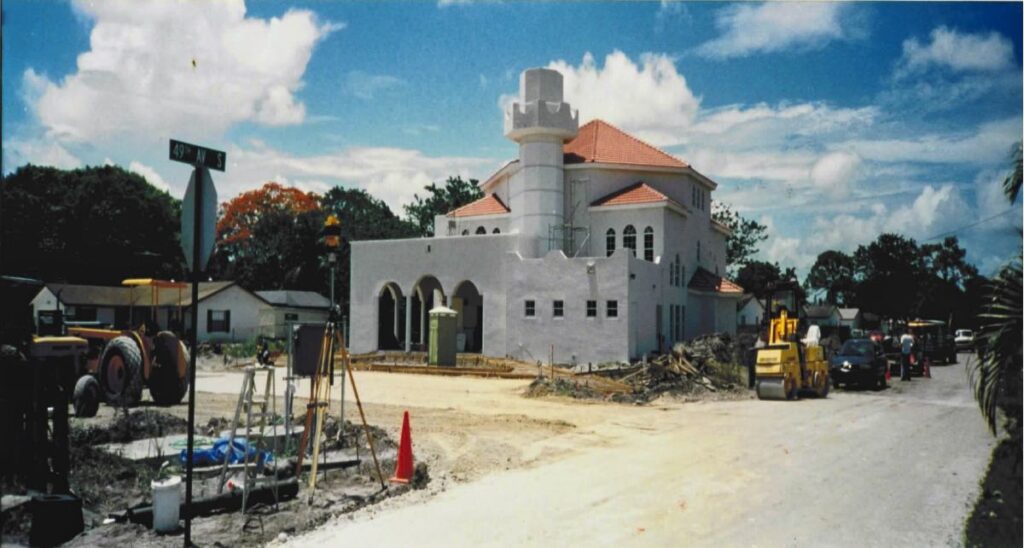 Thanks to community members

Therefore, to our beloved community members, We would like to thank each and every one including our founders for their unwavering support, loyalty, donations, contributions, and most importantly their Duas and prayers in the face of all the adversities and difficulties and hope to keep on receiving each and everyone’s support in the many more years to come with the will of Allah (swt). May the Blessings of Allah (swt) be upon all of you. Aameen. 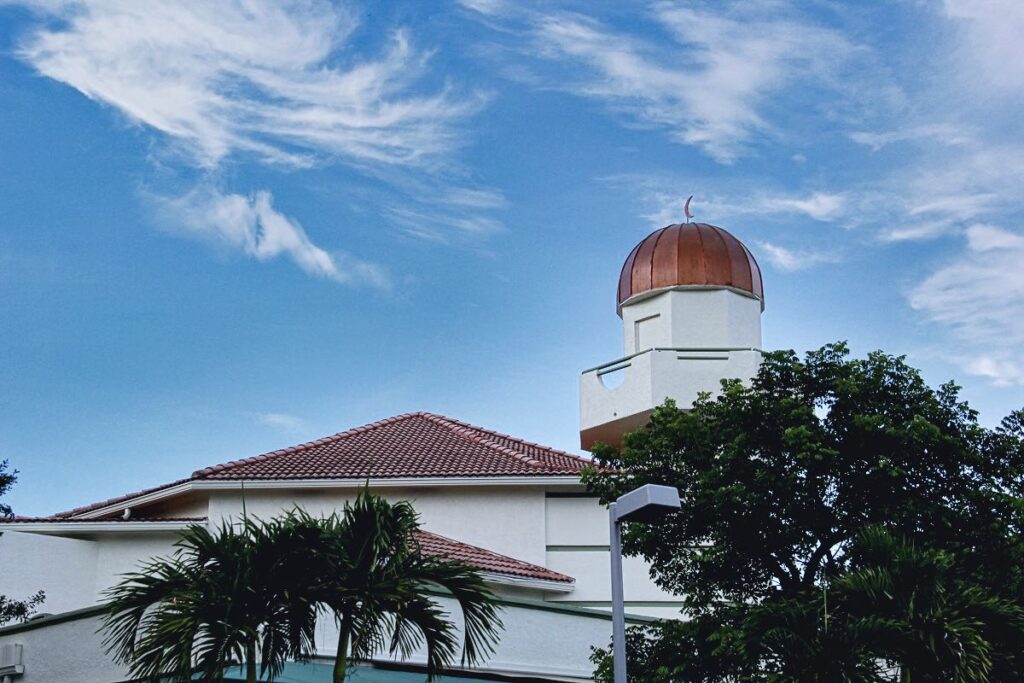